My, how far we’ve come. Already 25% through the first year of Bug. It’s going so much faster this time. But he is still that same little guy. 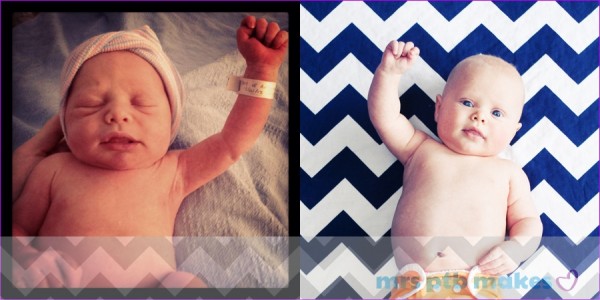 This past month has been full of smiles, and more recently full of giggles. Interacting and tickling are top activities. Now that Bug reacts to faces more and to tickling, Bean has really taken a liking to him.

There are more hugs and kisses between brothers and “playing” together. Bug still serves as a favorite anatomy doll for practicing eyes, ears, nose, mouth, etc for Bean, but now we’ve progressed to his concern when the baby cries. Luckily, that concern is rarely an issue at night. Most nights, we’re limited to one wake up. Thank goodness. And it certainly doesn’t seem to be having a negative effect on anyone’s growth…I believe we are in the stretch stage. Even the diaper looks looser than last month. And we’ve been enjoying a regular bedtime too. I take care of the baby while ptb takes care of the big boy bath and some nights we are back downstairs childless before 8pm. I’d say it is glorious, but who am I kidding…at that point I’m so exhausted I don’t do much more than crash onto the couch to just enjoy not being hung on for a little while. 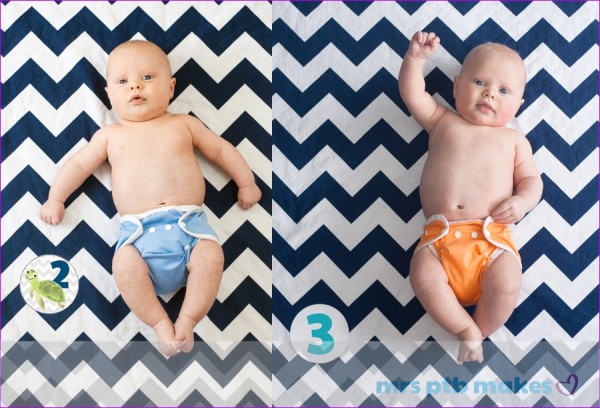 Side by side, I’d say Bug is still growing at the same pace his brother did. Although, Bean NEVER had the thighs this boy has. We never really experienced baby rolls the first time. They are adorable.

Anytime Bug can see his big brother it brings a huge smile to his face. When he was waiting to be rocked to sleep the other night, Bean climbed into the glider with him. They both thought it was the greatest thing ever. I wanted to capture it but our bedroom light was off… the flash scared Bug a bit. Bean, however, is getting really good at saying cheese! 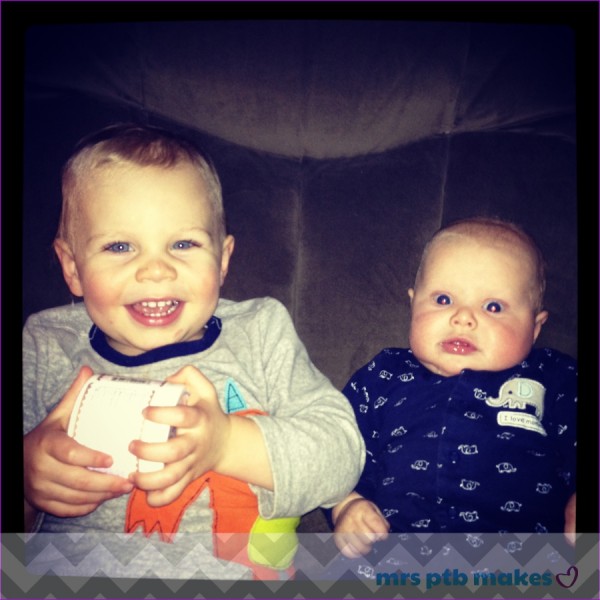