Remember this Wordless Wednesday? Those adorable little toes sticking out. That thing they are sticking out of? Not a Michelin Man Costume. It’s Merlin’s Magic Sleep Suit. And let me tell you, that thing MIGHT actually be magic.

Every baby is so different when it comes to sleep. Bug has been almost nothing like Bean was. Maybe it is because we’ve been through it before. Maybe it’s just that he is a completely different creature. Either way, they both had to go through that horrible transition. Swaddled to not swaddled. Giving up the swaddle was not easy with Bean. There was a lot of crying for both of us. This time, we tried something new. A local company. Baby Merlin’s Magic Sleep Suit.

The Magic Sleepsuit is designed for when babies are making the transition from the swaddle since it provides them with a cozy, secure feeling and helps muffle their reflexive startles. It was just what my Bug needed. He was breaking out of the swaddle. Not only that, he was breaking out of a double swaddle! (Back off, I was tired). And he was not happy once he was free. We were getting at best 2-3 hour stretches after having had some full nights of sleep when he was swaddled snug as a little bug. Sometimes even less sleep once he broke out.

Enter, Magic Sleep Suit. Seriously. How cute is this? 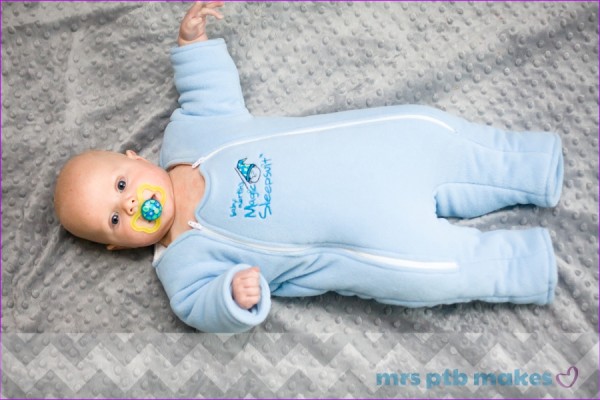 He liked it. It’s puffy. A fleece set of pj’s lined with the softest cotton knit. And then stuffed with poly fill. Maybe not the exact makeup, but you get the idea. Bug loves snuggling under blankets with me. Super safe and recommended? Not really. This was the perfect substitute for him.

And he slept! My how he slept!

2 hour nap? It happened. He’s back to his 35 minute naps most days now…but it still happened. His night sleeping saw such an improvement. He was waking less and less. No more struggling. No more startling himself awake. Within the first couple nights he was staying down until 3am. He goes to bed around 7:30, so that means we were getting a 7.5 hours stretch! YESSSSSS. Happy baby. Happy mommy. Happy mommy means the rest of the family is happy too. 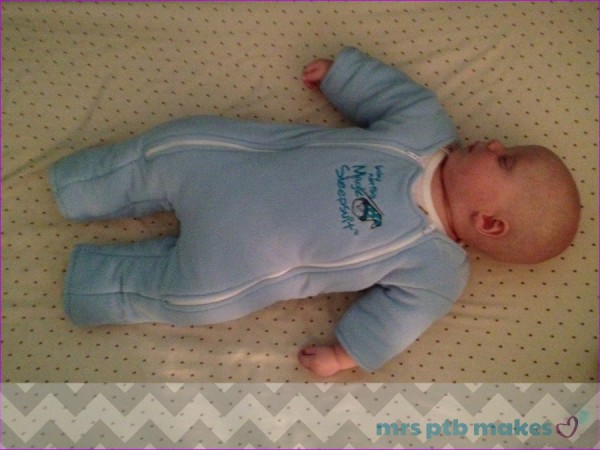 Bonus points… when he did wake up, rocking him back to sleep in that fluff was like holding a teddy bear. I won’t deny that I fell asleep a few times with him in the glider.

You aren’t supposed to use the suit once a baby can flip over in it. We transitioned out of it once he could flip in general. The only issue for me was that it is SUPER warm. And our weather changed. It reached the 90s here, and that is not sleep suit compatible. But transitioning out of the suit is so much easier than just straight out of the swaddle. I’m so happy we had this to use.

The lifespan of this product may be short, but totally worth it. I’d say we used it for about a month. I did try using it earlier, but he wasn’t ready and we went back to the swaddle temporarily. It’s officially been added to my list of sleep essentials. Birth-4 months: A&A swaddle blankets. 4-5 months: Magic Sleep Suit, 5-12+ months: Hyland’s Teething Tabs.

I was not financially compensated for this post. I received a sample for review purposes. The opinions are completely my own based on my experience.