Remember last fall when I was all excited about making squeeze pouches and then I never really posted a follow up? No? Look here but don’t judge my lack of follow up. I did have a baby less than a month later.

Okay, caught up now? Good. That baby I had. He is already 6 months old. He is starting to eat food now. It’s been a week. I’d write a separate post about it, but I’m pretty sure he has yet to actually swallow anything. And that is how food is going.

First food, avocado! Second food, butternut squash. So I find an entire butternut squash in the pantry. Bug is eating about .5oz of food at a time right now. This is completely different than the food experience with Bean. I decide to get out my handy Infantino Squeeze Station and cook up the entire squash. And some apples with cinnamon for good measure.

I filled a couple pouches with just squash and set a little aside for today and tomorrow as well. Here’s hoping Bug starts eating a little more! Add the apples and cinnamon to the blender and fill the rest of the pouches. Success! Bean is happy. I’m happy. Everybody wins.

But to fill you in on all the pouch making…

It was a ton of fun! I’m ok with messy. It isn’t the cleanest of jobs, but I’m figuring it out as I go. Our first couple batches were very veggie heavy. I tried a 2:1 ration veggie:fruit. I think the store bought pouches are the exact opposite of that. 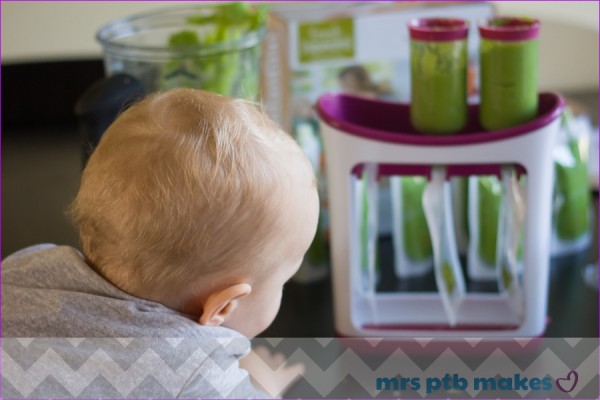 We had fun. It is a great project to involve your little one in. It’s easy for them to help prepare their food and this is a small step towards having them help with real meal prep down the line. Getting him to not eat all the pouches was tough. Including the cost of the squeeze station, an extra box of pouches, and the food used, it worked out to an average of $.95/pouch. Not too shabby compared to the $1.69 they cost at the store. I made a bunch. 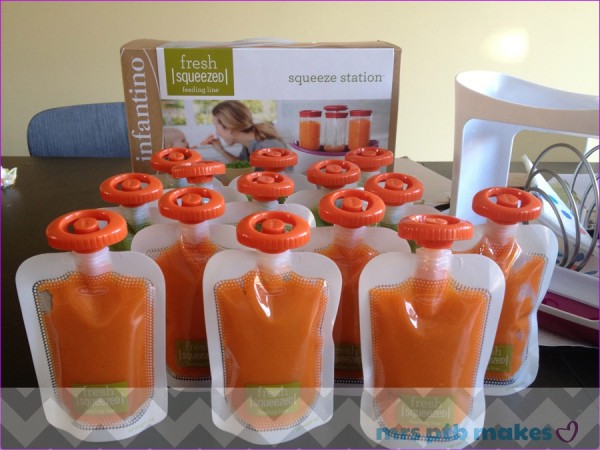 Then I tried to give him a day later. He wouldn’t eat it out of the pouch. All that money. Wasted. Turns out, he just couldn’t get it out of the pouch. Lesson learned, include ALL or at least most of your steaming water. You keep those nutrients, and the pouch is a reasonable consistency for a 1 year old to consume. Thankfully, he would eat them if I squeezed them out and fed them to him with a spoon. Sometimes, I just squeezed them onto some noodles for him. He was happy, I was happy. Again, everybody wins!

Over the past couple months, I would randomly fill pouches. Don’t want to deal with the mess of a toddler feeding himself soup while you’re exhausted and pregnant? Fill a pouch! Won’t eat dinner? Throw his entire plate and any necessary fluid into the blender, fill a pouch or two, dinner is served. We had a tough couple months with texture issues. Totally weird since he was partially a BLW kid who never had super smooth purees until he was a year old. Oh well, everyone is still alive.

Fast forward back to yesterday and today. Entire butternut squash and two apples with some cinnamon and cloves. I used ALL of the steaming water. It made 14 pouches. Bug still wouldn’t eat any squash. Bean licked the blender tamp and then devoured a pouch. Success! Cost for these pouches ~$.72/each. I figure I saved just about $14.

I cooked everything yesterday. I use my Beaba for cooking and do small batches because I can turn it on, walk away, and not think about it until I have time to. Stuck it in the fridge overnight, and for 15 minutes before lunch today, Bean and I blended and filled pouches. 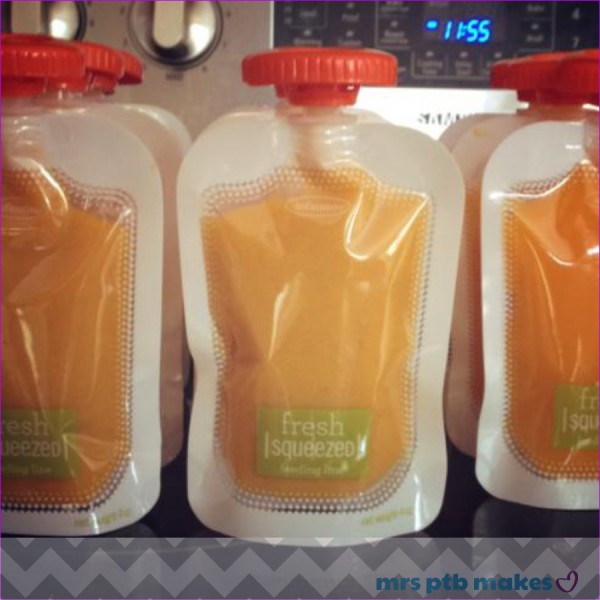 Overall, I’m happy I bought the squeeze station. Am I happy I got it right away? Maybe not because I really dislike shopping at Babies R Us and it was initially an exclusive item that they made incredibly difficult to get. But overall it has been a win. I think now that I have two kids eating, I’ll be using it more. Especially since I can now buy the extra pouches at Target or better yet, on Amazon with Prime Shipping. Who knows, maybe I’ll even be “that mom” and get the spoons that attach right to the pouch. I’m suddenly realizing how genius that is. Is this why 2nd babies are easier?