This has to me the business side of my Graphic Design degree getting to me. I had an established blog. An establish brand even in Not Just Take Out. I wanted to blog about baby life. Mostly because I need somewhere to write this stuff down. I didn’t want to alienate my original audience. They aren’t necessarily baby people. They are food people. Yes, some blogs make that transition. I couldn’t. I know what it is like to skip over those posts and be annoyed that there wasn’t something about food. This was my reasoning for keeping it separate. And yet, I wanted it to be the same to a certain extent. Hence, Not Just Babies. I wanted to build off the brand I had already built.

Then came the Etsy store. I started it so long ago. It didn’t have anything in it for the longest time. The first item I finally posted and subsequently sold was my baby shower invitation. But, even before i had babies on the brain, I did have an identity. I am mrs ptb. How did it take me so long to realize this? Who knows? I’ve been going by that on the internet since the day we got married. Possibly before. Then came Ben. If I could, I would buy my little boy the world. But what is more fun than buying him the world? Making him one. So now I sew. Thanks Mom for forcing me to learn to sew when I was 8. Thanks sister for ignoring me so much and making me want to learn something that you liked. That attempt failed, and I quit sewing within a few years, but I apparently still have it.

So now I sew. I still blog. And I still cook. It’s just that I don’t get to make as many fancy recipes. And I certainly don’t get the time to take pictures as I go as often. But that will change. Soon, I will have a nanny that will stay later than I work. Soon I will have time to do fun things in the kitchen. Soon, Ben will be old enough to make fun stuff in the kitchen with me! Soon. But for now, my little man goes to bed, and I sew like crazy. I made a hat and it turned into the start of a tiny business. 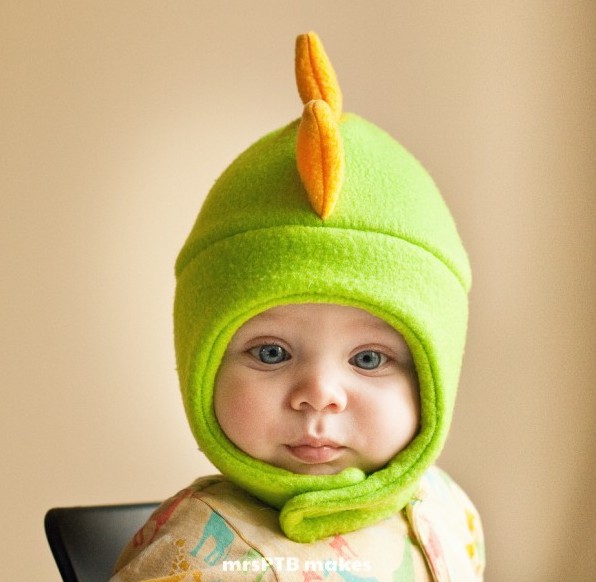 He’s cute, right? You know you want a hat now too. Look over there —>
See that Facebook page thing? Like my page. Go check it out, maybe there will be a sweet discount available (until the end of September!) for my store!

OK, so I know it is killing you… I’ve written all this and I haven’t actually made sense from start to finish. Branding.

If I am mrs ptb, and my store is mrs ptb makes, should this blog also be mrs ptb makes rather than Not Just Babies? Does that make more sense? Especially if I have intentions to blog about the things that I craft, and ::wait for it:: not just babies?