This year, is his first Halloween.

I couldn’t resist the pumpkin cupcake set on clearance at Joann. Sooo, they were more meant for muffins. They were huge. My cupcakes looked so sad in them. Thank goodness for bright orange cream cheese frosting to help hide that fact. Either way, he was excited. Have I mentioned how much he loves pumpkins? 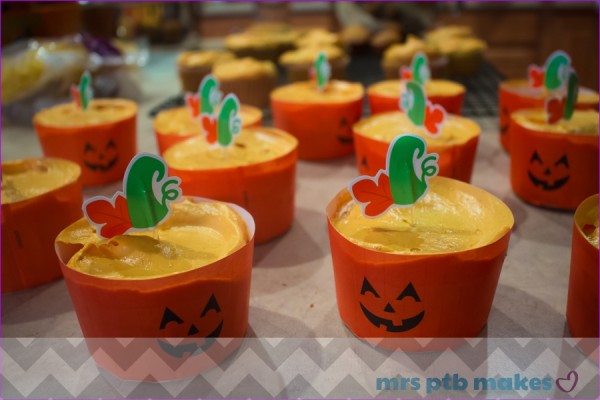 Bean has been very into the Disney Pixar movies lately. Monsters, Inc is a popular choice. He recognized the Sully costume, so that’s the one he got. Bug was his “little friend”. Getting a picture of these two crazy boys together in costume? Seemed like it was never going to really happen. 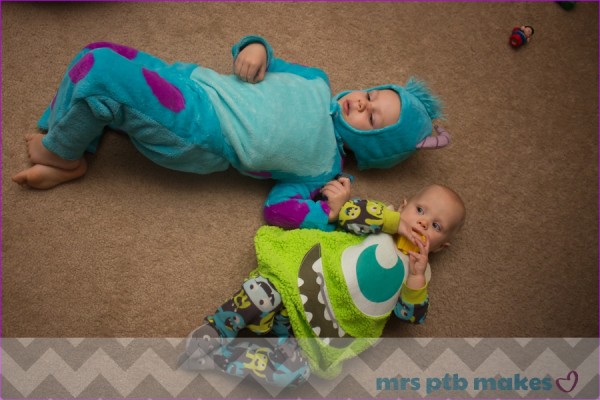 Seriously. This is what I’m dealing with.

We had key phrases I wanted him to say before he could go Trick-or-Treating. “Trick or treat” (Twik Treat!), “Thank You”, and a bonus “Happy Halloween!” (Happy Hween!”). 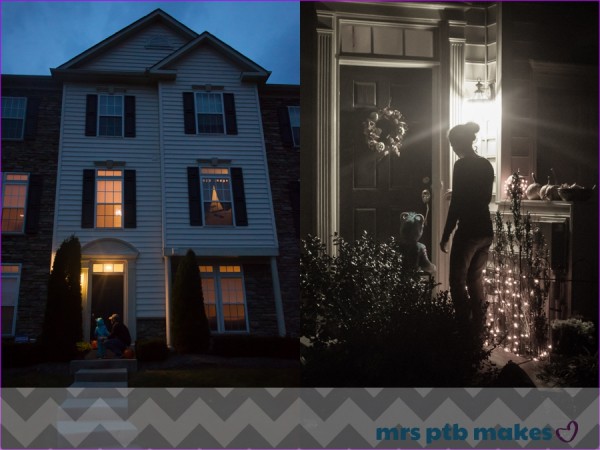 He quickly caught on to ring the bell, say “trick or treat”, take a piece of candy, “bye bye”, next house. What he had to learn: You don’t go into everyone’s house.

Bug had a successful first Halloween just hanging out in the stroller, being cool, and not getting cranky until big bro was done anyway. 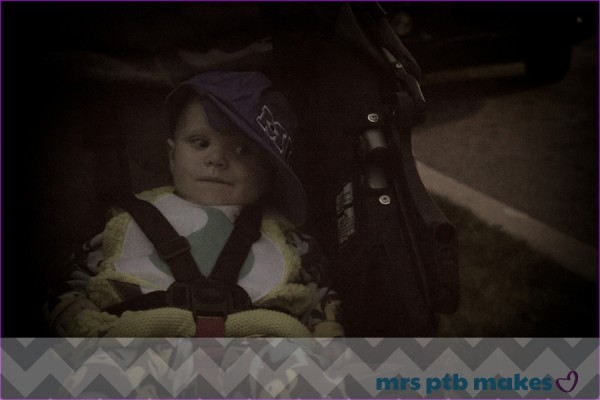 Before heading inside, we made one last attempt for some monster bro pictures under the street lamp. I’m satisfied. 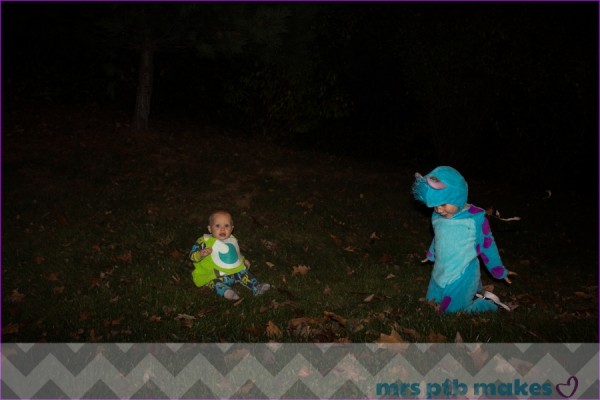 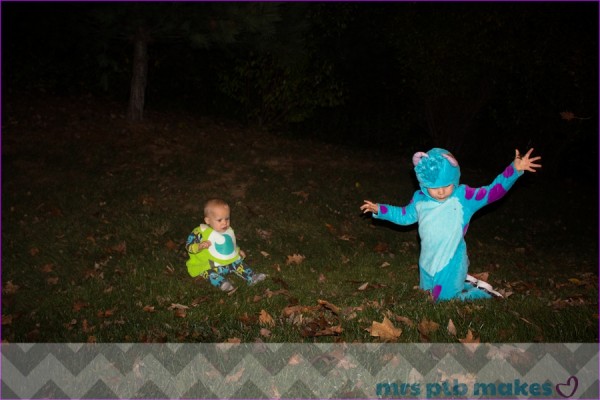 Once inside, we did the bucket dump! He calls them treats and cookies. He has no word for candy yet. He got two lollipops and gave the red one to PTB and the blue one to me. His pick? Stickers and Junior Mints. 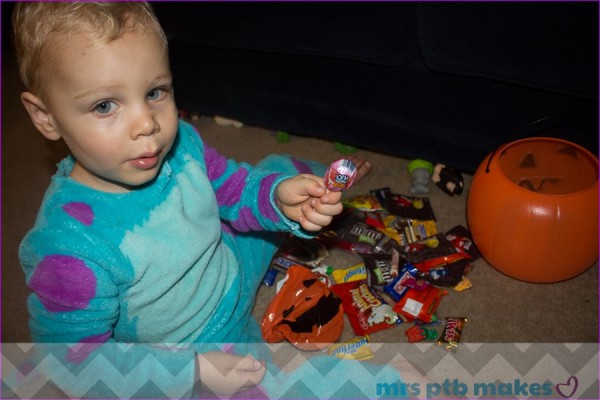 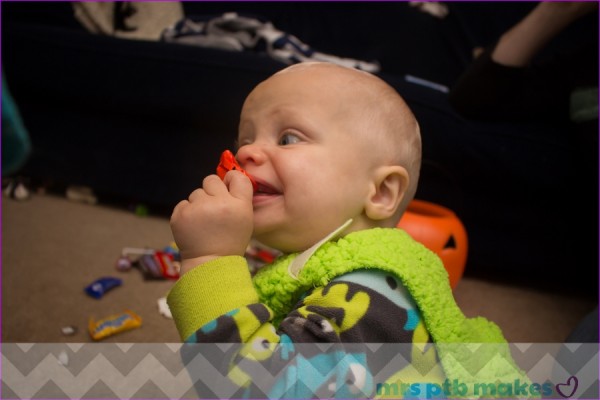 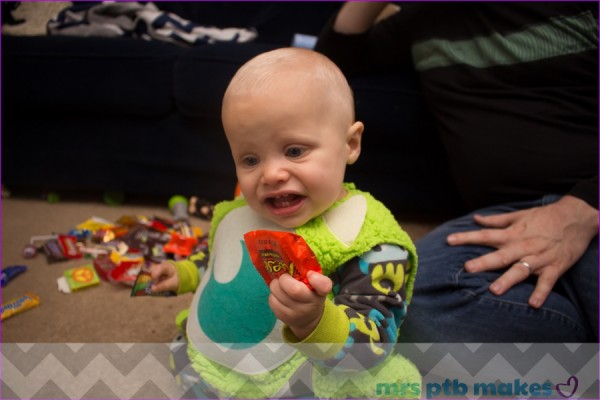 I’ve been trick or treating all of maybe 3 times in my entire life, so this was quite an experience for me. I get that families are out with their kids, but the buckets of candy on the doorstep are totally weird to me. We had planned to do an hour out with the boys, and then an hour at home with the candy. We had about 6 doorbell rings in the second hour, 2 of which were jerk teenagers just doing ring and run. That brings me to my next thing. Parents, why do you let your kids be such jerks?? Ok…moving on. Why don’t people participate in Halloween? I can honestly say I was shocked by the number of houses with their porch lights off tonight. I was so excited the first time we lived somewhere that I could pass out candy, see the kids in their costumes, enjoy the fun they were having. Meh. People are grumpy. Oh, and grandparents staying at the house to pass out candy while both parents go with the kids…I love it. I wish we had parents close by to do that.

I hope everyone had a safe and happy Halloween! Enjoy All Saint’s Day! Don’t eat too much candy. I have plans of crafting with the boys in hopes Bean forgets his bucket of tweets.