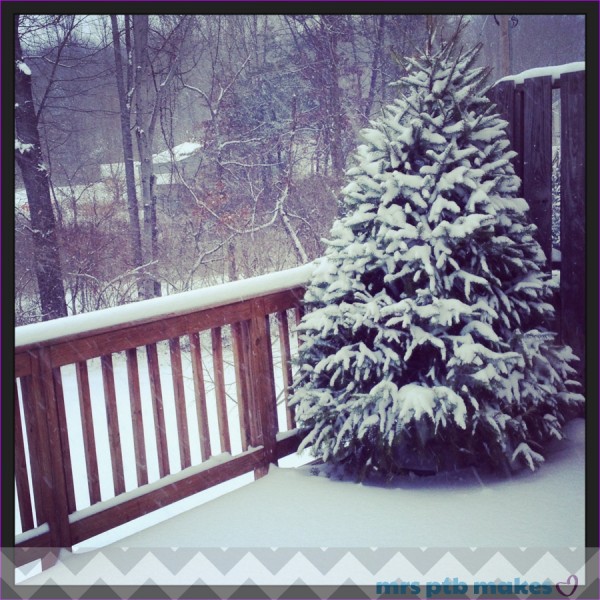 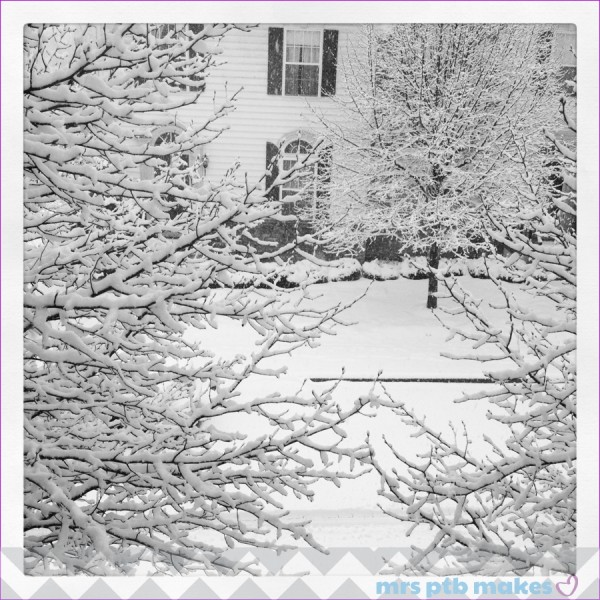 I’m just going to say it. We’ve had far too much snow lately. On top of that, I’ve had two sick little boys. And not at the same time for most of it. They seem to be passing it back and forth to one another. It’s terrible. Perk: The napless wonder was taking naps. A few times both of them took naps at the same time! Jerk: Toddlers who are basically leaky booger faucets are NOT fun outside. 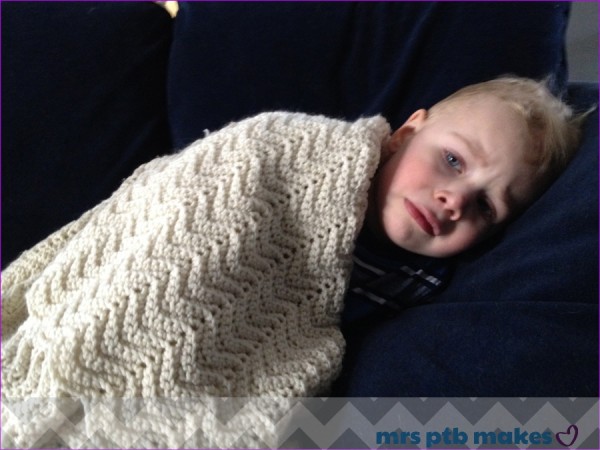 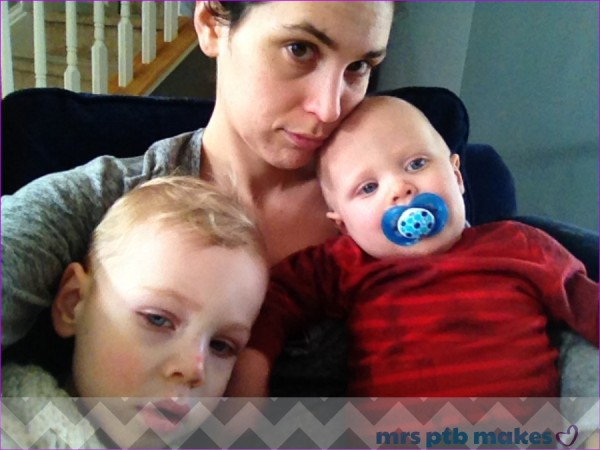 In summary, I’ve been pretty much housebound for a while. At least I got to take a couple naps, right? Cabin fever in toddlers is exhausting. We have been cooking and baking a lot though…so I guess that is another perk. Oooh Ooh! We also took advantage of our lockdown to potty train. We’re nearly a month in and we’ve been getting pretty bold about underpants for out and about. And by that I mean Bean hasn’t worn a diaper at all in over 2 weeks! Not even at night! YAYYYYYYY! 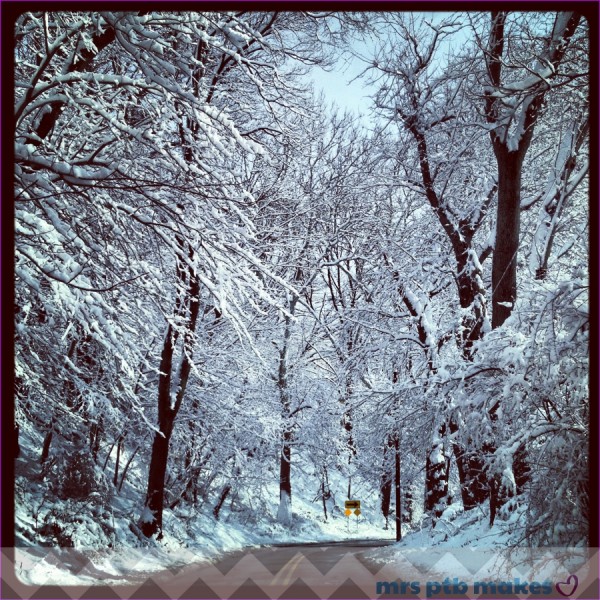 Winter weather has been going on for a while this year. Usually it feels like January and February are bad. It started in December this year. It kicks in my crafty instincts. Craftivities! I tried out Darby Smart (use code ‘howdydarby’ to save $10) before Christmas and had so much fun. I bought a Critter Ring dish set and made a few gifts and it inspired me to host a girls’ night for some mommy friends to make last minute gifts. We had a blast! I’d show you the aftermath of the table, but it wasn’t pretty… And we didn’t take pics during. Sorry. Just take my word for it, a good time was had by all. 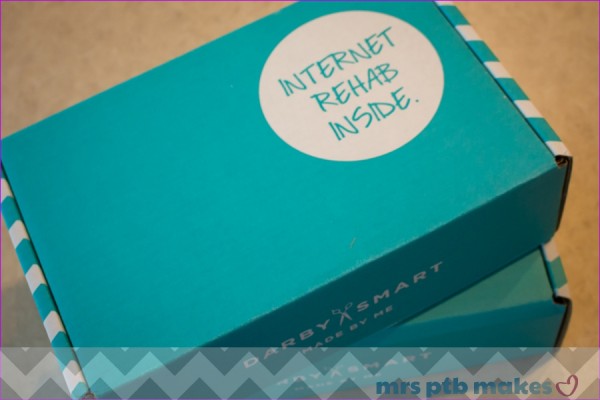 First of all. A turquoise box with chevron on it in the mail. Such a happy day for me. Internet rehab indeed…now let me blog about it. I opened the box and Elvis stared singing to me. AMAZING. 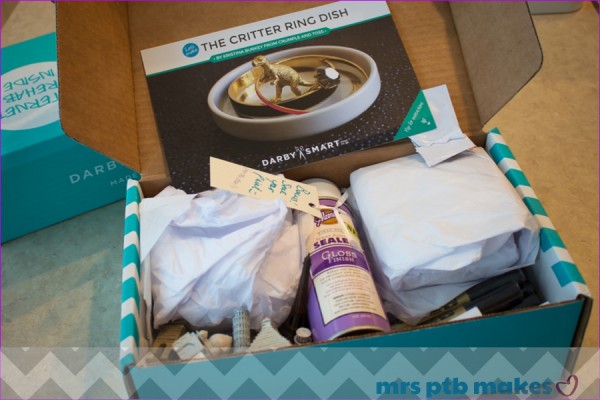 Armed with ceramic dishes, gold paint pens, gloss sealing spray, super glue, and a bunch of tiny monuments I made these: 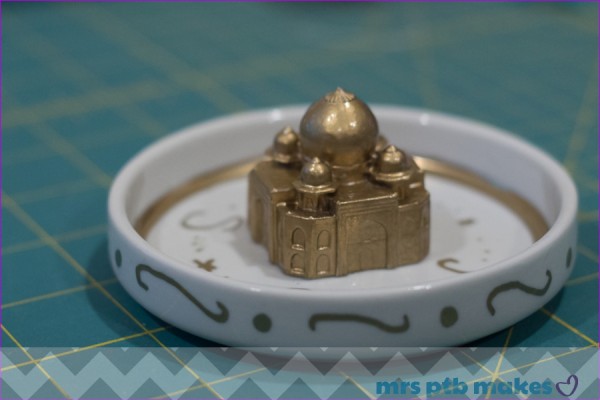 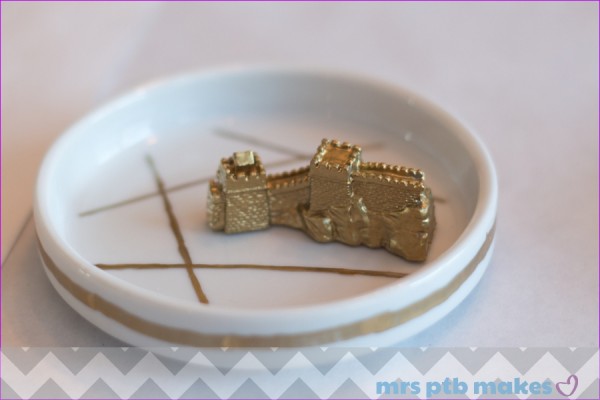 For the squirrel lover, I ventured to Michael’s to buy a little furry friend figure AND an extra pack of monuments. 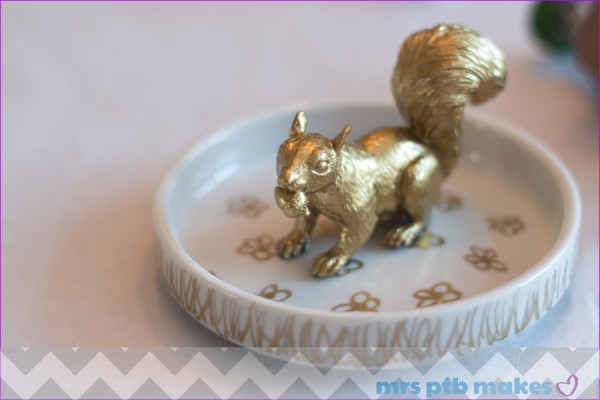 I couldn’t resist the dinosaurs or penguins, so they were added to the list for girls night. 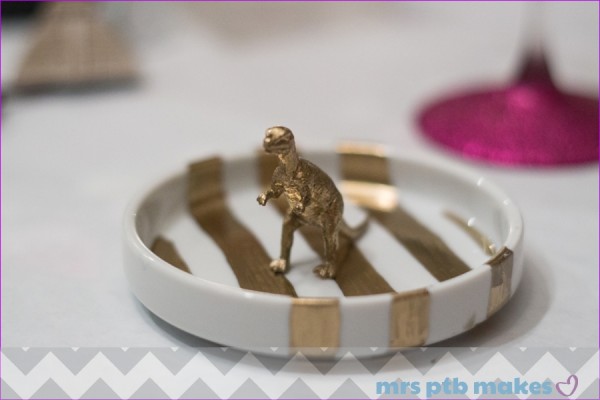 I love the penguin one my friend Tina made. The idea to only gild over the black was awesome. 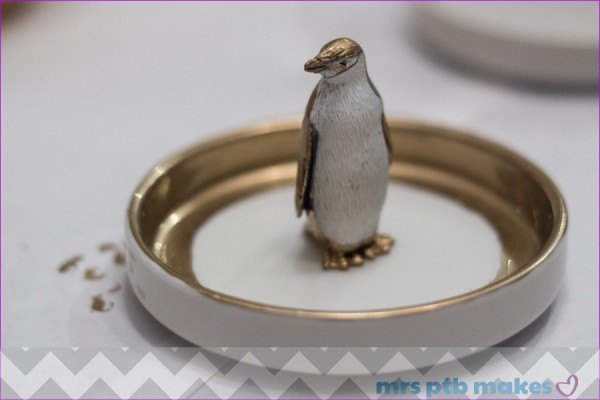 Julie planned hers while we all colored away. She sketched out multiple plans on the freezer paper I had over the table. In the end she went crazy and I think it’s perfect. 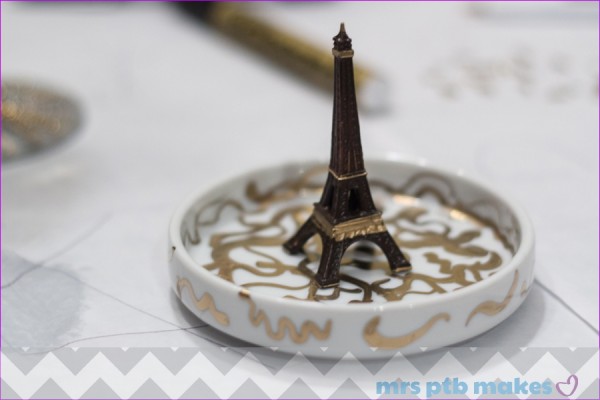 Can you guess where this last one lives? Dinosaur. Chevron. Hi friend! 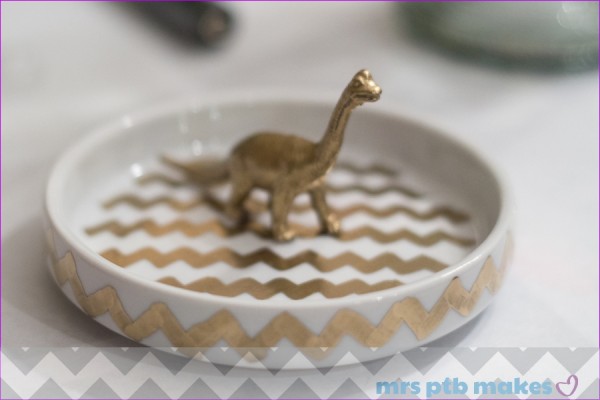 I really liked the all-inclusive aspect of the Darby Smart box. Because of who I am plus the power of Pinterest I constantly have a need to CRAFT ALL THE THINGS. But organizing the projects are my issue. And then going to the store and possibly going to the storeS to get all your supplies… You probably end up spending more than necessary, have too many of one thing, not enough of another, you are hoping you don’t end up with a terrible Pinterest Fail. So because of these fears, I tend to stay away from a lot of Pinterest projects. Also…who has the time?! Rather than be a Pinterest Fail, the Darby Smart box will give you exactly what you need and full color photo step by step directions. Most boxes are created by bloggers, so really, they are Pinterest projects anyway.

The Critter Dishes were a creation of Crumple + Toss. Thank you Darby Smart for giving me ANOTHER blog to follow. And then she suggested a project for any leftover critters or shapes on The Sweetest Occasion.  Oh Internet, you are the best. Especially when we are snowed in.