Anyone who knows me can tell you, cleanliness and organization has never been high on my priority list. Really, there has never been much of a priority list in general. Maybe it is because I have a ridiculously active and mobile 16 month old, but I am blaming this sudden urge for organization on this new baby. Who shall be call Bean Part Deux from now until Christmas 2012.

Okay, so here is the scene. We moved over a year ago. My kitchen was packed up with help and unpacked with help. My pantry was never really organized. The kitchen itself… I tend to destroy on a regular basis. But it is my favorite room in the house and now that I have a gate to keep Ben out of it, I feel like there is some hope in keeping it clean.

So it began. The fridge is an easy place to begin. And it desperately needed it. I will say, I try to give it a good clean up at least once a month. Since the nanny would take care of two of Ben’s meals each day, I would tend to forget about things in there. Oops. 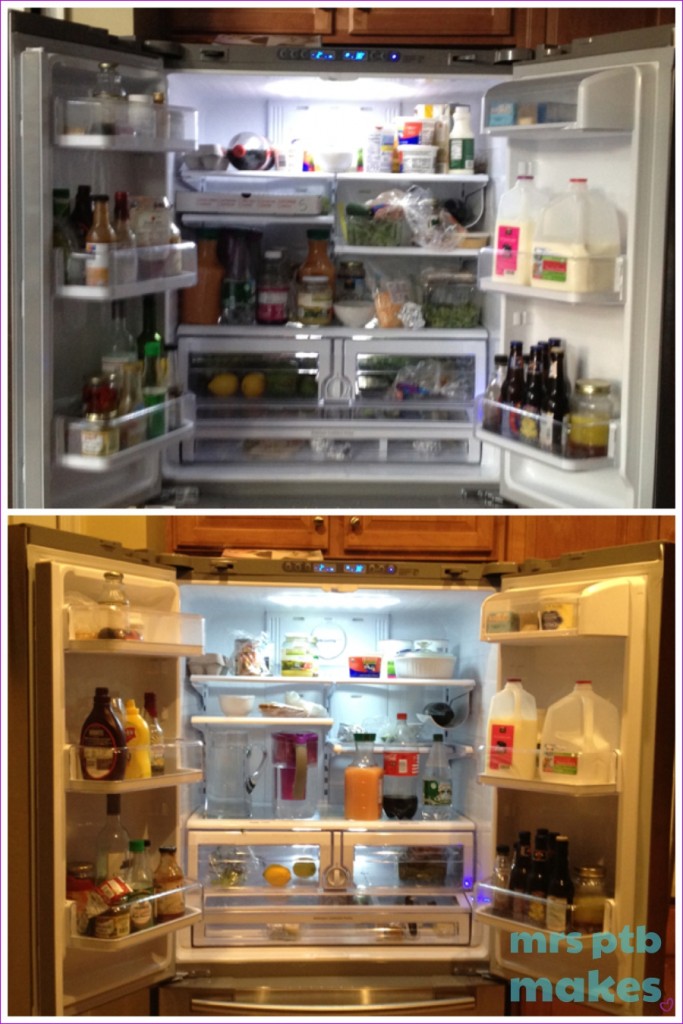 Then, I started the counters. Now… the before pictures, I swear this is not the norm. This is a worst case scenario. We were on the go ALL weekend, except somehow for meals. Things stacked up. I gave one dedicated evening. I even moved the appliances and scrubbed all the counters. I have managed to keep it like this for a WEEK! The only thing that was left on the island was our recycling bag. It was back on the floor until Ben helped me make dinner one night. And by helped, I mean he emptied the entire bag of recycling.

I’m so proud 🙂 Maintaining for a week is a LONG time for me! The clean counter came in handy when I was ready for the next project. The pantry. But I’ll tell you about that later. No one is a super mom, and everyone is a super mom. I sort of hate when people tell me I am one. I don’t have it all together. No one does. But I am pretty sure we are all trying our hardest. And this past week, I had a littler bit of extra motivation to just try a little harder.