Okay, so In July 2010 I found out I was pregnant. I joined The Bump shortly after and fell into a group of other mama’s due around the same time I was. We are all still in a group together on Facebook. Well, not everyone, but approximately 150. 150 new moms. It’s an Internet pit of hormones. I obviously have some favorites, but we won’t name any names right now. These girls are sort of the reason my Etsy shop took off. I made a hat for B and his new cousin, and they all wanted one. Not all of them, but you get the idea.

Now it’s just over a year later. September 15th was the 1 year anniversary of my first hat sale! I should have kept track of how many hats I have made…but I didn’t know it would turn into this. I LOVE IT! I seriously can’t thank them enough.

In an effort to thank them (and to save myself some sanity as the little bug gets closer to joining us and holiday orders start), I offered my March mama’s a deal they couldn’t refuse. If they bought their hats now, they would pay last year’s prices. Awesome right? I was figuring, hey, here’s a good way to ease into not working. A great way to get a few hats done early. They would all be the same size, easy enough right?

WOW. I was completely shocked by the response. And then at the same time, my shop seemed to blow up with orders. My guess would be in the month of September alone, I made nearly 100 hats. Again, I didn’t keep strict track. I could figure it out a bit more easily…but I’d rather blog than count, you know? And show you some pictures of the insane progress as I took over our kitchen table and surrounding area. 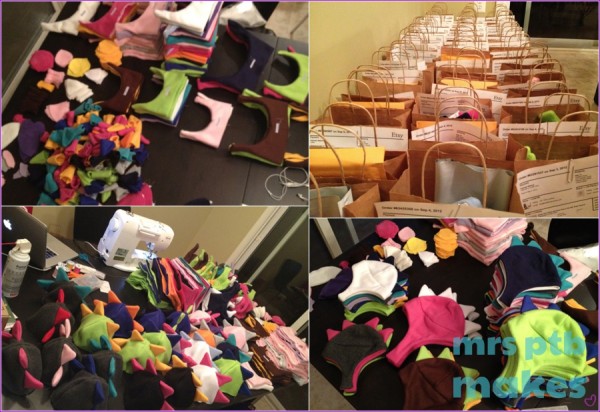 I’m now down to 21 items to make for orders and I feel relieved. Seems crazy to me. This time last year I would have been in a complete panic over 21 items. Now it seems like whatever. Okay…not whatever… but you know what I mean. The moral of the story is… Thanks!

And as a thank you… Maybe you’ll enjoy our original dinosaur experience (December 2009): 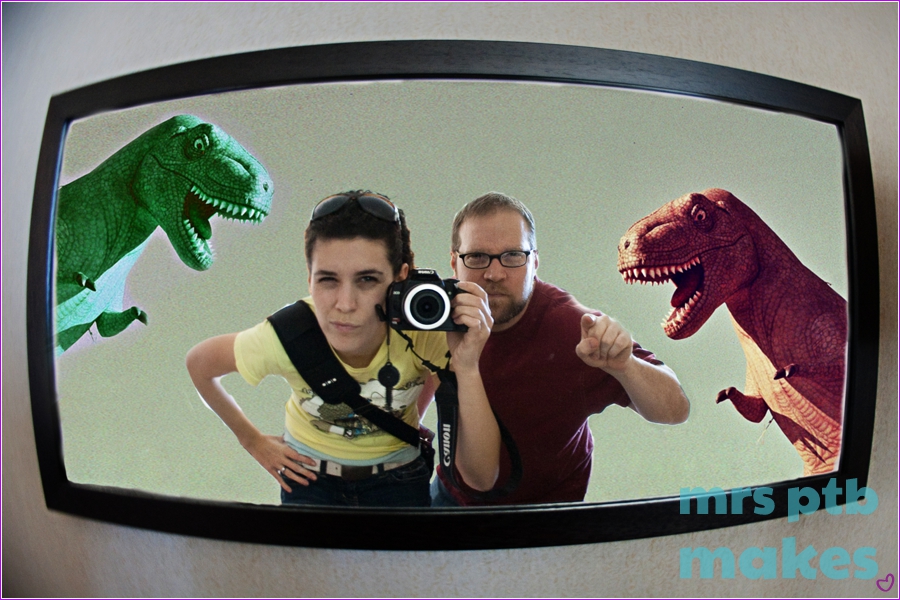