Hurricane Sandy is hitting the East Coast today. We are officially stuck inside until Wednesday? I’m mainly hoping the power doesn’t go out and we can stay cozy. The dark and stormy weather has had a few perks.

#1. I was motivated enough last night to finally finish Bean’s baby blanket. Yes, I am just making a blanket for my almost 20 month old son. But it is still as awesome as it would have been a year ago when I cut the material for it.

#2. I got the blanket done late last night, and THEN created a pattern for a diaper cover and cut my first piece of PUL. Getting the diaper cover started was my way of avoiding looking at The Walking Dead too much. Last week’s episode was far too scary for me. Go figure this week was pretty mild.

#3. We were up super late. The dark morning kept Ben in bed until nearly 10am. Our relaxed morning downstairs allowed ptb to stay in bed until NOON. He stayed there until 11am yesterday. I’m thinking best wife of the year? Probably just sealed the deal on that one. I’m awesome.

I couldn’t have been happier with Bean’s reaction to the blanket this morning. I put it on his Huggy Bear, and when he discovered it did exactly what I expected. Minky to the face. And then some snuggling and rolling around on the floor with it. 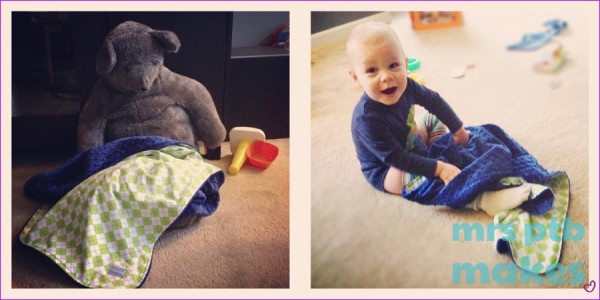 I mean, seriously, what crafty mama wouldn’t be beside herself with a reaction like this to something she made for her child (I hate how the flash made this picture look, but the picture itself is priceless): 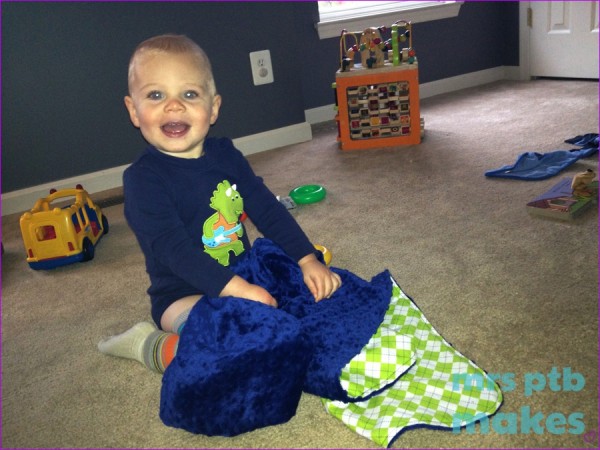 Like how I put him in an outfit this morning that would color coordinate with the blanket? Nerd alert. There was also running around and acting like an argyle monster… 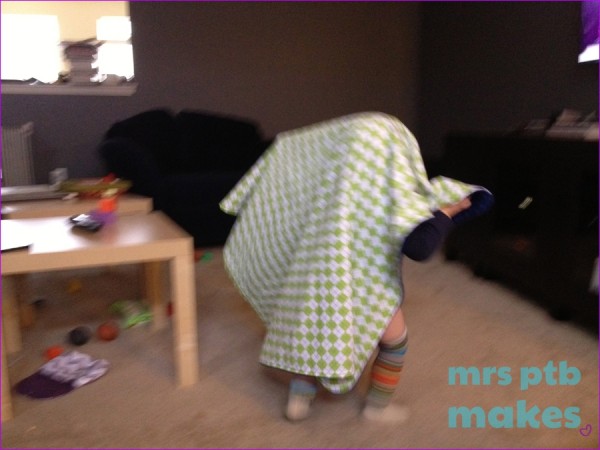 Yes, my floors are covered in toys right now. We’ve had a busy busy day of living room playing. Don’t judge. Oh! PS. The MagnaDoodle purchase has been a huge success. I actually went with the B. brand one that was one sale at Target. Perks: cheaper than MagnaDoodle, awesome lap pillow built in, animal magnets. Cons: It doesn’t seems to be as dark as the MagnaDoodle. He doesn’t seem to care. That also helped keep us chill this morning. 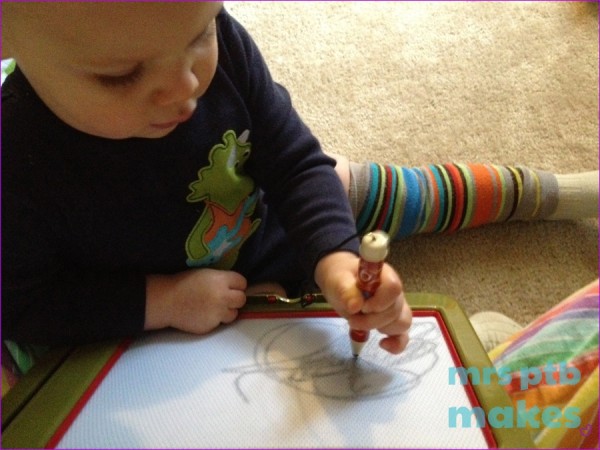 On the bright side of this storm, I’m hoping to catch up any outstanding orders and get everything shipped out at once when I can get out of the house again. I have 4 puzzle balls in the works that I am hoping to finish up tonight. And I’m SO EXCITED about this fabric combination: 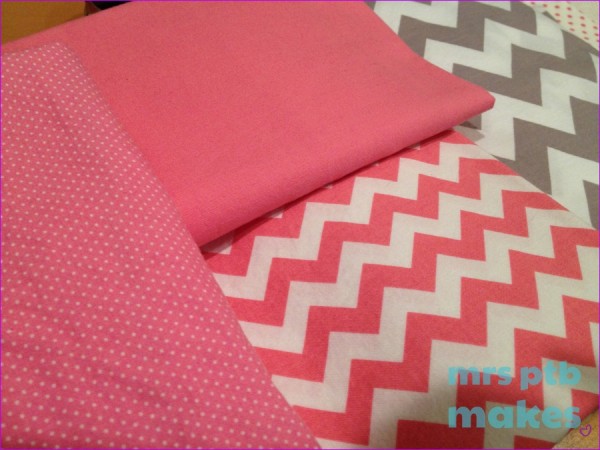 Are you in Hurricane Sandy’s path? What’s keeping you busy inside?