As of this past weekend, I officially have a 20 month old. Four months until he is 2 years old. This is ridiculous. I also hit 33 weeks in this pregnancy. Craziness.

I’ll start with the pregnancy. Things are starting to change. Most noticeably, weight gain has seemed to slow and sleep has seem to disappear. With my first pregnancy I gained pretty much everything in the last trimester. I was still super tiny in the beginning. This time around it seems to have flip flopped. I gained a ton in the beginning and now, thankfully, it seems to have settled down. Or so I thought until I saw this week’s photo. I still haven’t stepped on the scale though. Save that for my doctor appointments. I was starting to fear how much I would actually gain. Biggest downfall to gaining differently? Now that I can’t really get away with squeezing into my last pair of regular jeans that were fitting, I’m realizing my maternity clothes don’t really fit at all. So my wardrobe is limited and consists of 2 pairs of leggings, a couple pairs of yoga pants and sweats, a handful of shirts and sweaters (none of which I like with the available pants). Yay. 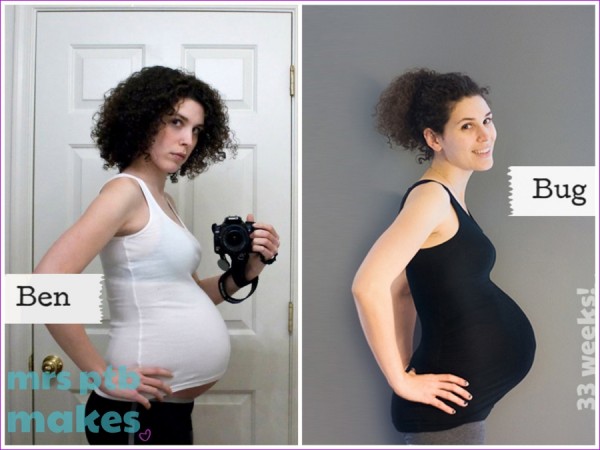 We had the nursery painted! I’m feeling very motivated to start on some projects for baby. But first to catch up on orders! I’m getting closer to my ideal turnaround. It just seems every time I make a huge dent in my to do list, I have a bunch of orders come in. Actual YAY! This is where the lack of sleep has really come in handy. Sewing… and blogging. Before I can start on the nursery though, I need to get a little boy room set up for B. Bed is being ordered, need to find a mattress, need to make his curtains. The rest, I am hoping just falls into place.

So many things are changing for him. He’ll be moving to a twin size bed. FINALLY. Yesterday I went into his room post nap and after his typical run around the crib and show  me every toy, rather than throwing his hands up ready to be taken out, he simply threw his leg up and he can now successfully get his  foot over the rail. Climbing is his favorite thing. Oh, and jumping. He is now getting some good air without holding onto anything in the crib. Out of the crib, he likes to bounce with my exercise ball to get some good jumping in. So practice other jumping skills, he’s really enjoyed the little bit of extra distance we put between the ottoman and a chair next to it. Climb, dive, flip. I can’t share that because, thankfully, he’s only doing it when one of us is sitting on the chair. Climbing has led to the discovery of new places to hang out. Like the bathroom sink. 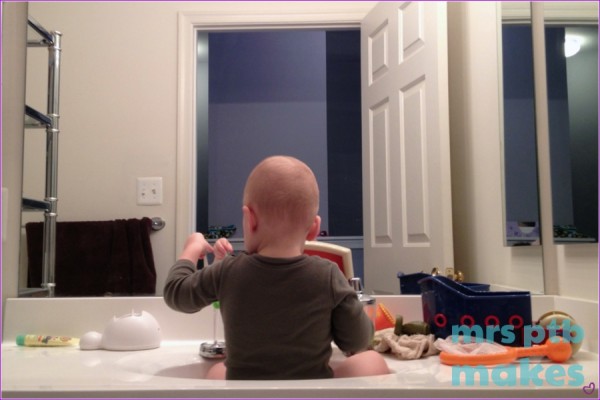 I have probably a week or two before we get him set up in the new room with the new bed. Anyone have any advice for transitioning from crib to bed? We were considering laying with him. Not sure if just ditching him in the room will work quite the same way as it does with the crib. Should I not bother trying to put anything else in the room right away (dresser, toys, bookcase)? No distractions? Would that be incredibly weird to just have a bed in an empty room? He’s moved to this whole new level of independence. It’s exhausting. He wants into everything. He can reach everything on the counters. If he can’t reach it, he knows how to make it so he can. He likes to go into the pantry, take out flour and sugar, open the containers and play. He hates diaper changes. This is quite frustrating while he’s starting to finally get his canines and the teething poop is back.